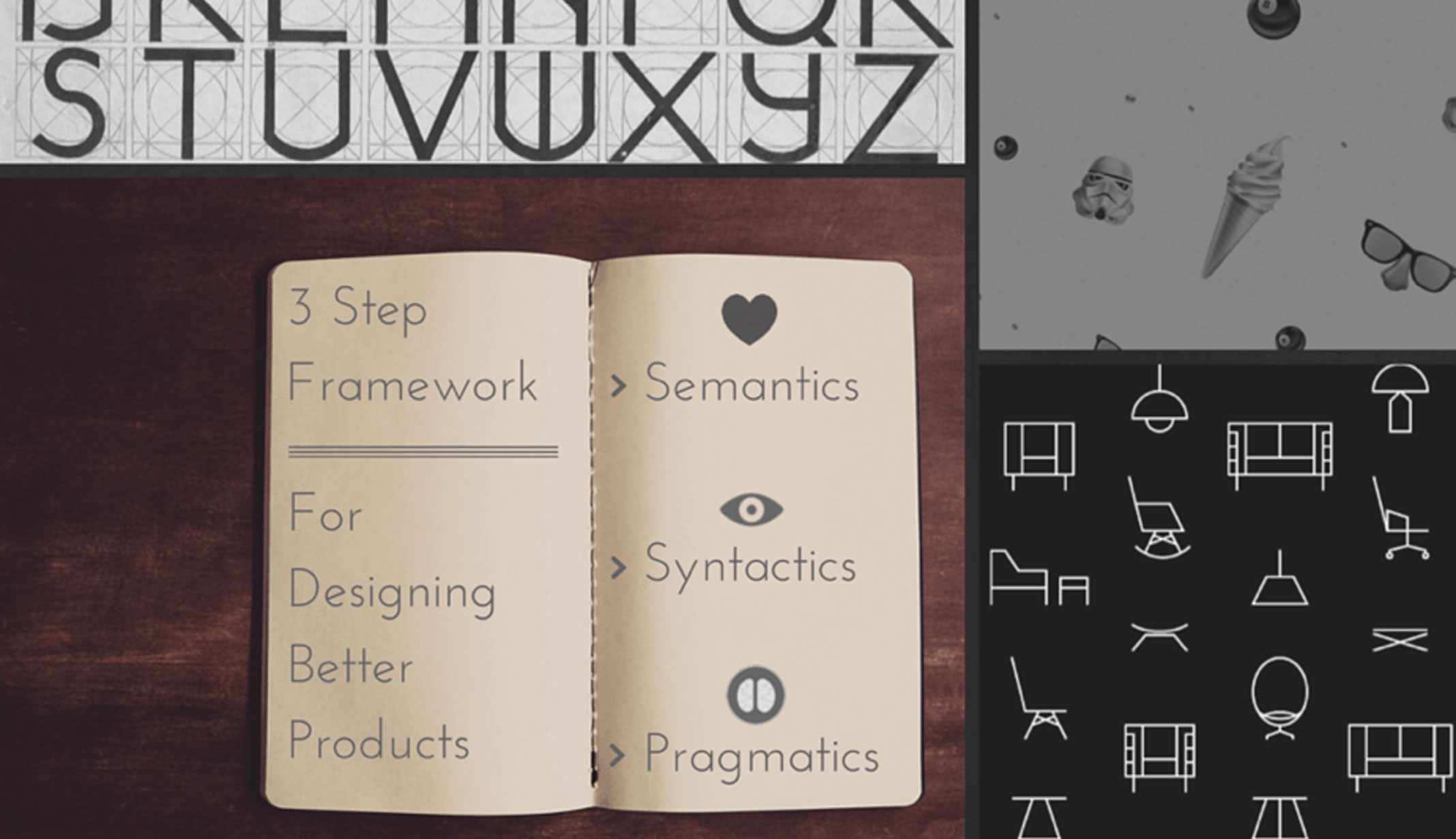 Why do some products work better than others? Why do people just get them?

Probably because these products solve problems.

They’re easy to use. Yet, they wholeheartedly embody aesthetics.

But, we don’t just want to gawk in awe at their greatness. We want to be able to build them.

Can we discern the magic of a product’s design?

Even if we do that with some success, how can we apply it to our own products?

Truth be told, we can’t.

It isn’t about emulating what works for them. It’s about understanding what our products stand for and how they make a user’s life better?

Though, there’s an underlying framework in the thinking that goes behind the making of these products, that can help us forge the right path for building our own products. Before we dive into it, here are two things to know about the inner workings of our brains.

Then we see again. And then we make stuff up.

In his astonishingly fascinating book, Creativity Inc., Ed Catmull shared that during the research phase of an upcoming Pixar film, Director Pete Docter learned something interesting from a neuroscientist, the fact that –

40% of what we think we “see” comes in through our eyes. The rest is made up from memory or patterns that we recognize from past experiences.

Because our brains are hard wired to find meaning in random, and sometimes rather archaic shapes and figures, to find order amid chaos, to find signal amid noise. That’s why, we see faces in the moon and react to emoticons as if they were real people.

Origins of our perception, the way we ascribe meaning to our vision, sprout from our expectations, our moods and cultural influences.

What do you see? A duck or a rabbit?

A lesson from Child Psychology

In an interview with The Paris Review, Adam Philips, an astute psychoanalyst and a prolific author, said that children need a secure social footing to achieve a state of focus:

“In order to be absorbed one has to feel sufficiently safe, as though there is some shield, or somebody guarding you against dangers such that you can ‘forget yourself’ and absorb yourself, in a book, say.”

For us to concentrate and make certain decisions, it’s required that the right emotions kick in, ones that make us feel safe about the immediate environment that surrounds us. Thus, something familiar is more likely to be trusted than something that’s unfamiliar.

That means, as soon as we see something, let’s say a website, perception ensues, and then our brains get to work, looking for cues to interpret how trustworthy the website can be deemed, often without us knowing about it.

Here’s what we’re dealing with – Preconception on steroids coalesced with an insatiable appetite for being safe.

Keeping this in mind, how can we sculpt interfaces that imbue trust? How can we build better products?

Legendary Italian designer, Massimo Vignelli believed that there are three aspects of any form of design that are of paramount importance: Semantic, Syntactic and Pragmatic, a 3 step design framework for better design.

I like design to be semantically correct, syntactically consistent, and pragmatically understandable. I like it to be visually powerful, intellectually elegant, and above all timeless.
Massimo Vignelli

It’s the first  and the most crucial step in the process and it’s about starting with why.

It’s about searching the real meaning behind any design initiative, and a deep understanding of the nuances of users’ psyche and a drive to learn all possible aspects of problems that they face. And using these nuggets to design better products.

The answer lies in an empathetic approach towards design.

What method acting can teach us about empathy

Goodfellas is one of the best stories ever told on screen by Martin Scorsese. It’s a movie based on the culture of organized crime in New York and was adapted from a non-fiction book called Wiseguy: Life in a mafia family.

To zero in on our lesson, let’s learn how one of the main characters, Jimmy Conway, was brought to life by Robert De Niro – To get to the quality that the role longed for, He had to step inside the character’s head. And that’s exactly what he did.

He didn’t just devour the book but also the research material that was discarded from the book. He spoke with people who had some connection and relevance to his character, and in each conversation, launched a sortie of questions like – “How his character held the shot glass? What kind of faces he made after meeting a certain character? How he used a ketchup bottle?”

He dug through everything he could get his hands on.

That’s method acting. That’s taking an earnest leap into the shoes of another. That’s cognitive empathy in its purest form. That’s caring. And yes, perhaps, that’s what we need to do.

Agreed. It’s easier said than done. But it isn’t impossible.

As per Stanford d.School, an empathy map is a tool that can help you distill users’ needs and insights from your research. You can begin by taking notes of following four traits of your users:

Say: What are some quotes and defining words your users said?

Do: What actions and behaviors did you notice?

Think: What might your user be thinking? What does this tell you about his or her beliefs?

Here’s an example from Craft Coffee, a company that offers a monthly subscription that brings their customers a curated selection of the most delicious roasted coffees available in North America.

They really care about turning morning coffee into a moment of wonder.  To ensure that their mission gets accomplished, one coffee at a time, they have created a short questionnaire to know more about their customers’ existing preferences, to know their Coffee DNA as they call it.

When you take up a design project, it’s essential to understand the nature of syntax.

It is same as syntax in language where it leads to articulation of an idea with appropriate use of words and grammar.

Similarly, in design, syntax is a careful consideration that helps us pair the right color palletes, the typography, the layouts and all the other elements that form a product and also how they impact each other.

But it’s not just about placing these elements in an order that’s pleasing to the eye but also about testing what triggers the right action.

In an experiment, Pintrest’s growth team found that white text on a black background got 10% more signups when compared to black text on a white background.

There’s science behind how colors, fonts and beautiful images affect our brains.

Though, let’s keep studies aside for a moment.

Here’s a question for you –

If you could only make one webpage for your product, with the following limits, how will you approach the assignment? What would you do?

Here’s how Basecamp designed the Know Your Company homepage clearly breaking the logjam of constraints, with a beautiful pairing of all important elements, the website is simple yet visually stimulating. The clarity of the message strengthens the promise of the product.

If a product fails to communicate its core idea, if it doesn’t make it clear enough for users to understand how it works and what it could do for them, no matter how aesthetically stunning it maybe, it doesn’t engage users’ minds. It has failed by design. Because, people don’t buy products, they buy better versions of themselves.

This graphic from User Onboarding, explains it best –

Bellroy does a great job at it. Their product is physical. Still, they’ve managed to show how the product would benefit the user when compared to an average wallet, with a simple slider.

Last year, Buffer’s Joel Gascoigne wrote about how buffer was launched without essential features, and he concluded his post with a lesson that calls to mind Don Norman’s advice in the seminal book, The Design of Everyday Things, on how the purpose of a product’s design can easily be lost if the following questions remain unanswered:

What does it all mean?

How is the product supposed to be used?

Is it possible to even figure out what actions are possible and where and how to perform them?

The approach to merge aesthetics with form and function, based on a thorough understanding of the problem at hand can move us towards the right direction. It can guide us towards better design. And help us in creating products that people trust.

Though, it’s just a start.

Check out Other stories 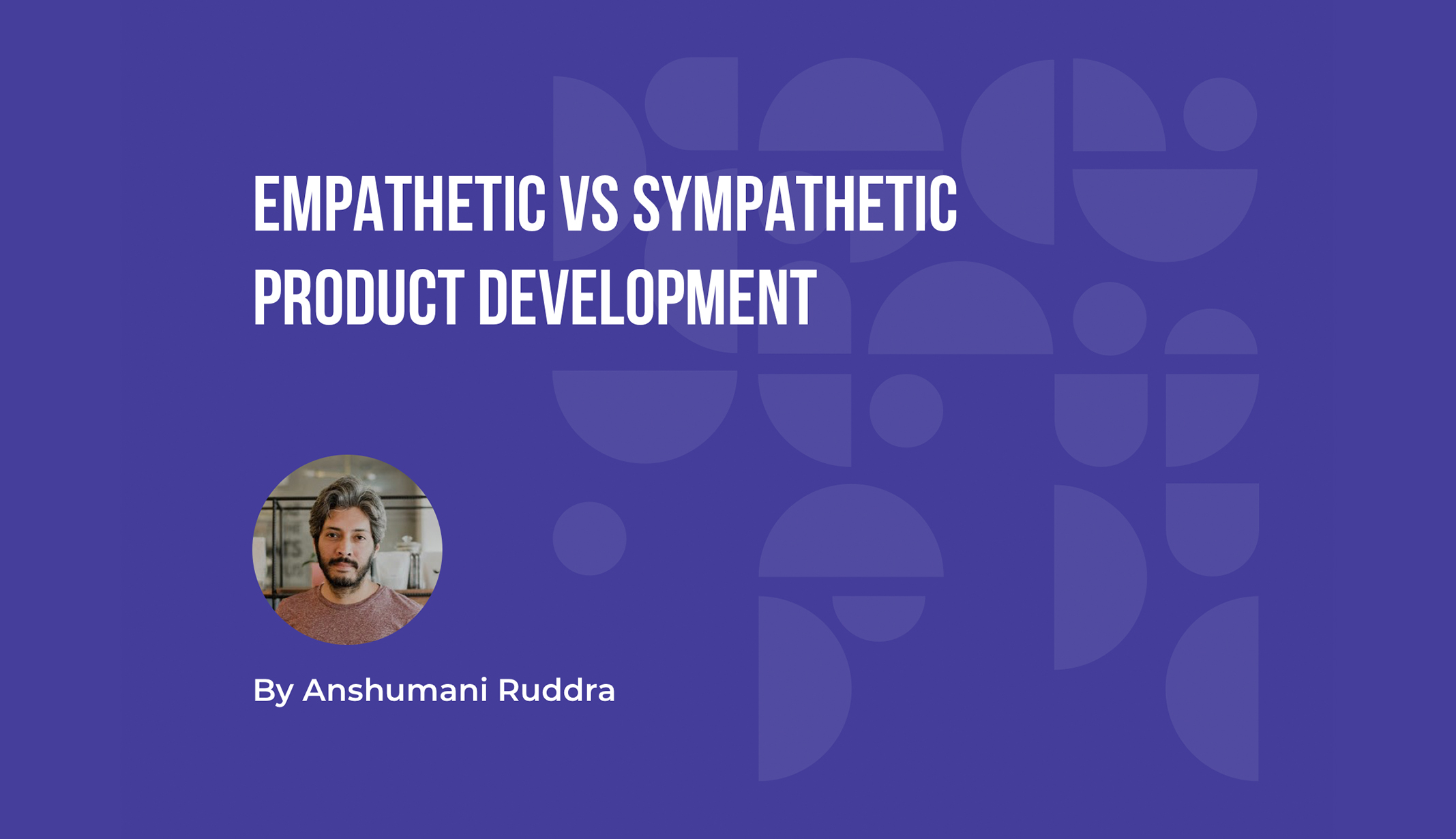 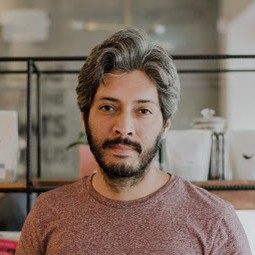 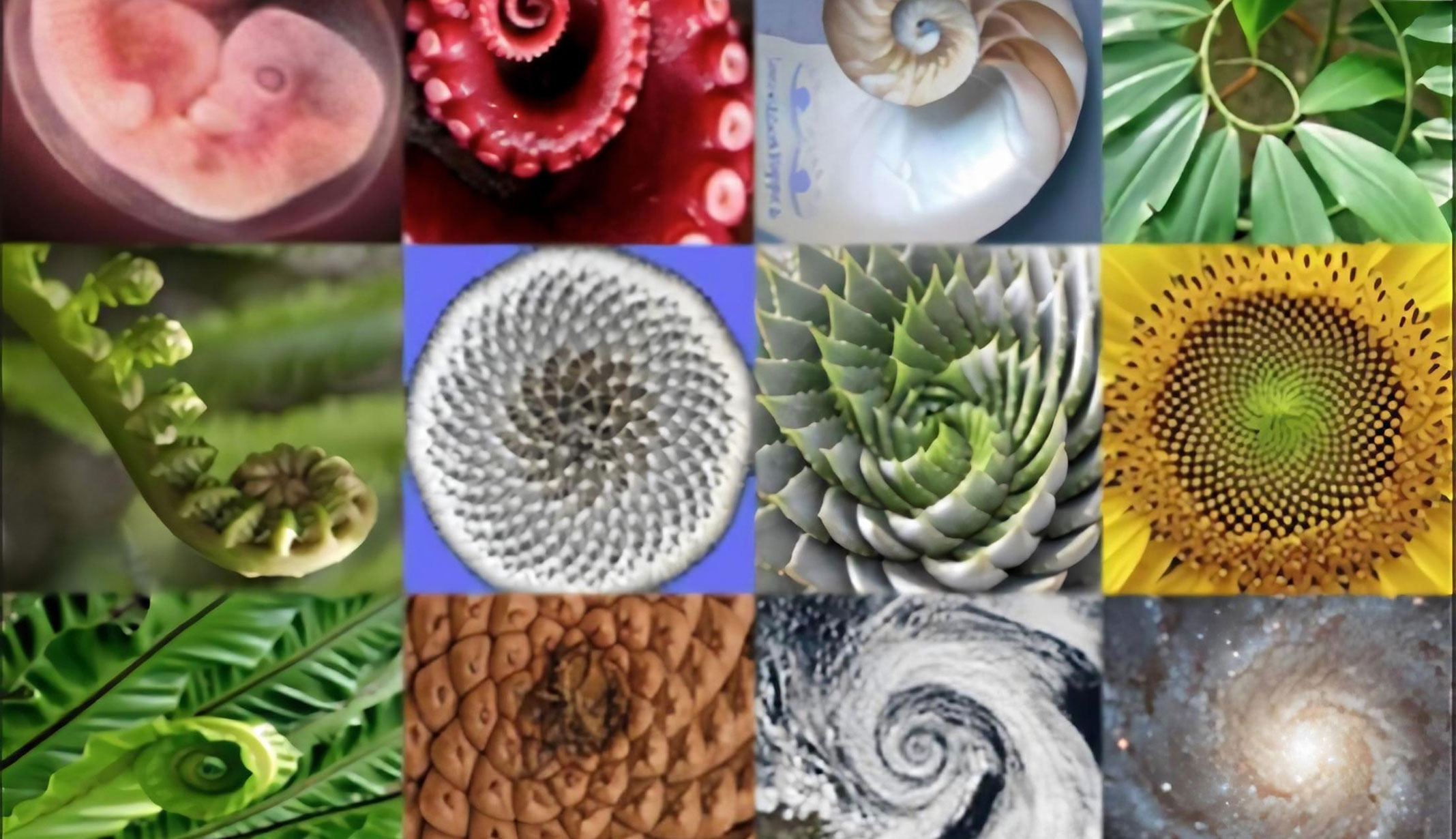 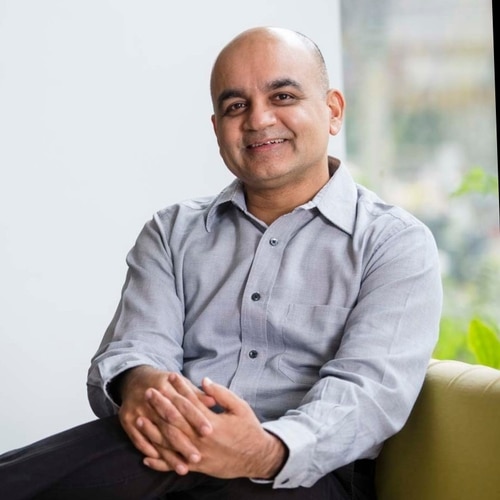 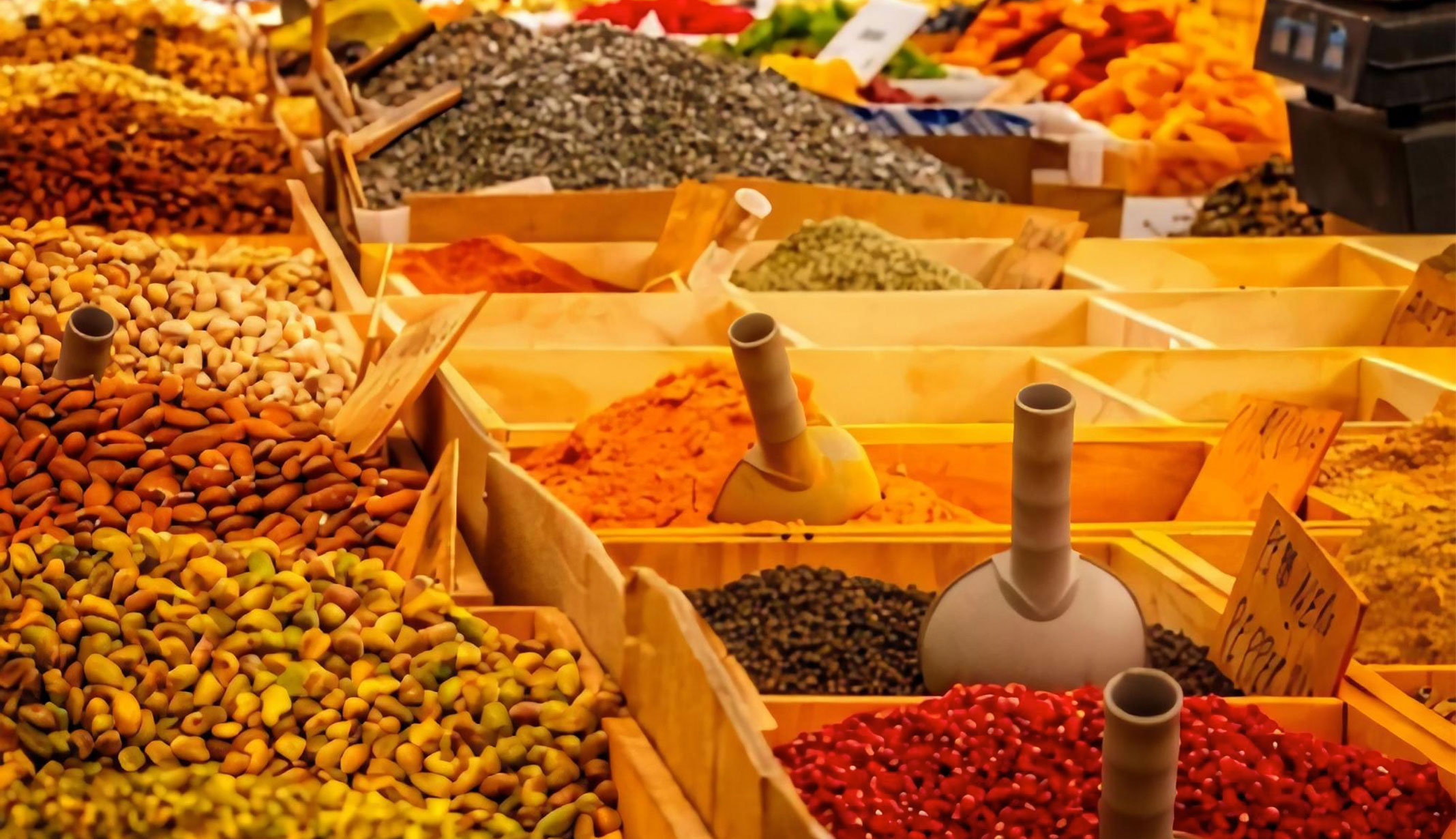 From First Mile To Nth: Onboarding Beyond User Onboarding 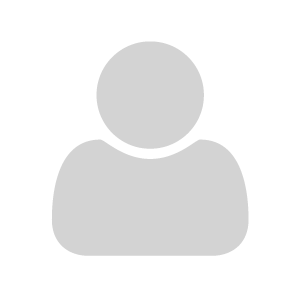 Keep up with us!

That's everything.
We will keep you posted on all the details soon!
Oops! Something went wrong while submitting the form.