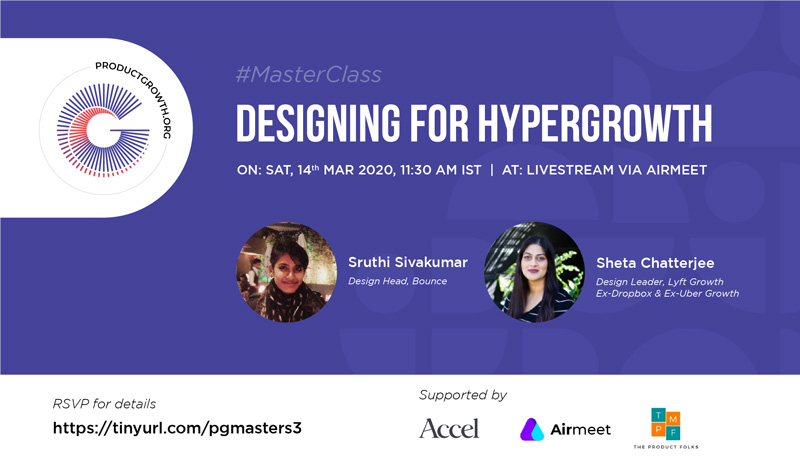 In the present times, there has been a paradigm shift in the startup world from ‘growth at any cost’ to ‘product-led growth’ or growing sustainably. By product-led growth, we mean using a product as a vehicle for growth. It is a growth strategy whereby companies emphasize on improving their products to make them more customer-centric. When a product caters to users, it automatically witnesses a boom in the adoption rate, which, in turn, soars growth and success.

Before looking into the most powerful strategies and stages of growth, let’s first recap the elements of growth. Simply put, growth is just a function of acquisition, retention and monetization. When a product is rolled out, it should acquire quality customers to become a market-fit. However, acquiring new consumers is just half of the work. we should equally focus on retaining as many customers as possible and ensuring they are actively using the product. That’s because when you acquire a customer, you ensure 1 purchase but it is retention that ensures repeat purchases. Thus, you should divert all your efforts in acquisition and retention to grow profitably. Now let’s understand each step through real-life experiments and examples of giants like Uber, Bounce, Lyft and Dropbox.

When you are building a product, you need to reach out to the right users so that they can get onboard. So, we asked our experts what they did, what worked, and didn’t work in their respective journeys:

In the early days of Uber, the design team aimed at product-led growth by focusing on acquiring more drivers. Onboarding was a key area to achieve growth . Getting new drivers made it possible to increase operational cities and doing it through a product guaranteed exponential scale. Hence the product led driver growth was key to uber’s success

While carrying out research, they found that complex documentation and legal processes were major bottlenecks that prevented drivers from getting onboard. So, to reduce the friction, Uber’s driver growth team planned to make the process of onboarding seamless for new drivers by reducing their efforts. They bifurcated the onboarding process into small steps instead and focused on executing one-step-at-a-time.

Measuring the right success metric was crucial to Uber’s success. Instead of falling in the pitfalls of the day, they set up their north star metric as the first trip. For the team growth wasn’t just the sign up but it was the entire early lifecycle of the user. The way Uber’s product team defined it was the first 28 days. This lead them invest in levers for growth such as driver education, reducing anxiety etc. leading to a string of successful experiments.

First goal for the driver growth team was to reduce the number of people dropping off during the process. The second was investing in referrals. When a driver is referred by somebody, they retained higher since they knew somebody that’s already on the platform which in turn reduced the anxiety involved. Beyond organic and paid acquisition Uber’s team discovered that referrals were a huge channel for acquiring high quality drivers. This led to them investing significantly in referrals and became a mainstay of Uber’s growth strategy.

A similar yet a more on-brand strategy was adopted by Lyft where a buddy was allocated to the rider to reduce their anxiety before taking an actual drive. They also laid focus on valuing behavior and on creating a friendly environment for the users.

The acquisition strategy of Bounce is also in the same vein to Lyft and Uber. In addition to taking the first ride, the time to take the first ride (time to activation) became a key metric for bounce. This was because of user’s behavior and how they discovered the product.They aimed at making onboarding seamless for the riders by simplifying the KYC process with the only requirement of Driving License from driver’s side.

Pulling this off well required innovation from the team during document upload to both make it intuitive and educate the user along the way on the right way to do it. Since this wasn’t possible using native camera, their engineering team built a custom camera that enabled them to do just that.The team further made an attempt to reduce the time between KYC verification and first ride through integrating with state databases making it seamless.

By focusing on reducing as much cognitive load as possible during onboarding enabled Bounce and uber to activate a lot of customers in their early stages setting them up for hypergrowth later.

Congratulations! You now have customers! What do you do next? Ideally you want them to come back often and spend more.

Now the question that arises here: How can you retain customers and spend less doing it? Several growth drivers are available for fast growing companies focusing on retention. One of the fundamental drivers is Habit.

A habit is formed when the customer uses your product repeatedly where their natural frequency of doing a particular task is strongly associated with your product or brand.

Bounce experimented with habit formation to improve retention in its early days. The team focused on understanding its existing power users and launched quick experiments in order to increase the frequency of usage. The key goal here was to inculcate a habit of using Bounce for the everyday commute. Furthermore, the product team trained themselves to call existing customers and take feedback from them. Sruthi recollects how the idea of putting together a VIP experience team was conceived and executed within a day. The team focused on understanding the friction and obstacles that prevent a habit from forming. The early customer feedback showed that customers wanted to see improvement in the condition of bikes. So, they emphasized on improving the quality of their services to gratify existing users.

While frictions were being addressed, another formula to aid habit formation is giving the right trigger and reward. In order to achieve this through product, Bounce retention growth team introduced a rewarding system whereby they gifted scratch cards to their customers on completing habit forming quests such 5 rides each week, Consecutive good parking, etc. This proved to be very successful in improving bounce’s retention in the early days.

Lyft is on pace to surpass Uber according to data shared by Apptopia.

This is driven by significantly better retention.Lyft’s retention strategy is very centered on the user and they have operated with a long-term vision. Its focused and measured by user lifetime value. This has enabled them to experiment in the short term that compound the results over time towards their overall strategy. One of the fundamental levers Lyft decided from early on was focusing on improving the job space (i.e. transportation and mobility) as a whole than bounding themselves within ridesharing.

For example, Lyft’s team added all transportation options that include the likes of public transportation in their app. While this was counterintuitive, it helped Lyft become top of mind for their customers when they want to commute. This was a powerful foundation for retention.

Lyft also decided to not build a traditional loyalty program. They went with a membership program instead. This was a deliberate decision as the team wanted to drive value for the customers every month than consistently. The membership program itself is an amalgamation of both monetary and non-monetary rewards. They introduced several perks for those users who enrolled for membership. The membership perks include perks like priority airport pickup, free 30-minute bike/scooter ride and 15% discount.

By focusing on keeping the user engaged Bounce and Lyft were able to achieve significant advantage by building a habit. Products that enable forming of habits have aspired to fulfill the natural tendency of users to do a particular task or job. This sets up ideal conditions for sustainable growth loops that keep paying dividends for a long term.

We have compiled the key insights from our first masterclass. I hope you have gained various insights from the stories from people who championed growth at Uber, Lyft, and Bounce. There are more behind the scene stories where we dived deeper in to network effects , referrals, and the elusive product market fit. To get access to all this exclusive content and future masterclasses, sign up at productgrowth.org and follow us on twitter: @product_growth. 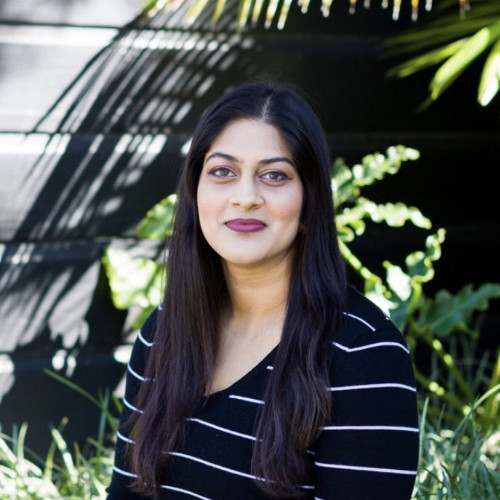 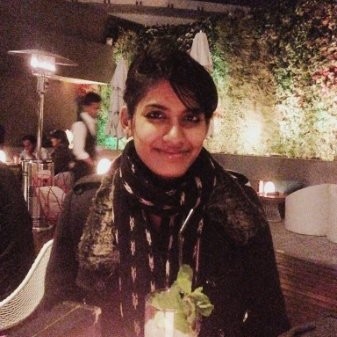 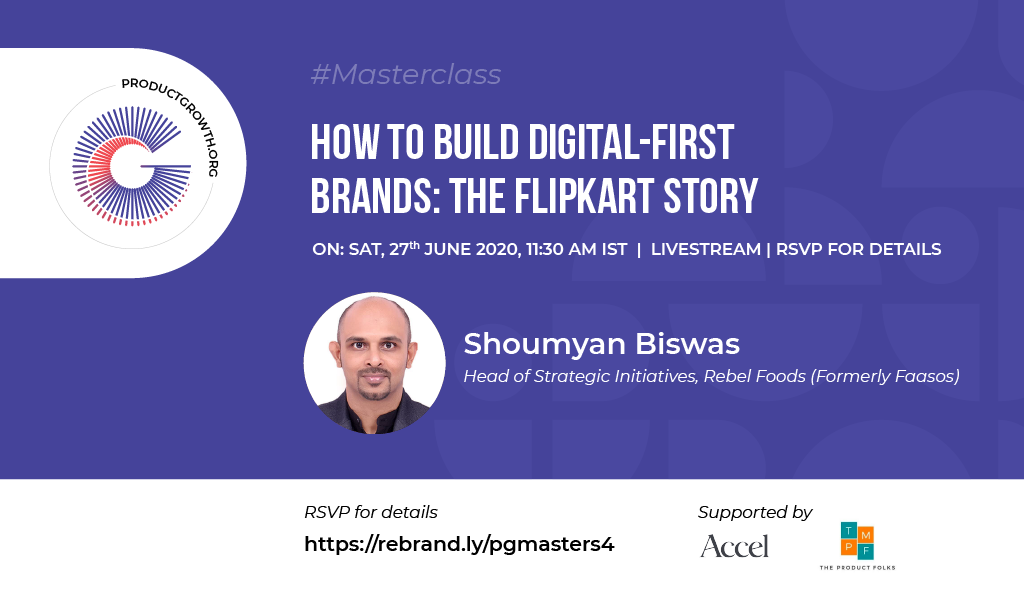